Stop Procrastinating and BE the Best Parent Now 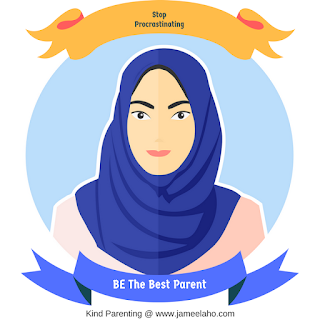 You may have read all the latest parenting books but have yet to implement any of the ideas or suggestions. There is something that is holding you back but you can’t figure it out. The answer could be procrastination, putting things off in other words.

Which type of procrastinator are you? Are you the decision avoider or the task avoider, or both?

Or are you not a chronic procrastinator but one who just procrastinates? The difference between a procrastinator and one who procrastinates is that the first one does it all the time and it affects every aspects of his life whereas the second one puts off doing some of the things.

I would have to say that I am one who procrastinates. I am usually task-oriented and can get many things done, except when it comes to my Big Goals. Year after year I put them off, always telling myself that this is THE year that I will achieve my goals, only to have another year slip by with nothing to show for it. Does this sound like you?

No matter what type of procrastinator you are, focus on the area that you are weak in to help you get started on becoming the best parent.

If you can relate to all of the above and want to read more on it then read my book ‘Successfully Done’. Click on the link and it will take you to the book. This book is not geared only towards parents but to anyone who wants to reach any of their goals. You will get action steps to help you reach your goals. Start today.